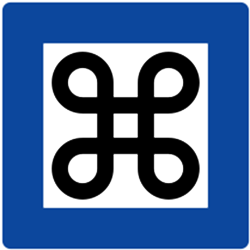 This plugin for the Indigo Domotics home automation platform that allows you to execute any AppleScript command on the Indigo server or any other Mac on your network remotely. Essentially, if you can do something via AppleScript then you can use Mac Commander.

Mac Commander is not all about AppleScript, it's about any means of controlling remote Macs, including utilizing shell commands when AppleScript has no function (such as for rebooting computers or putting them to sleep). While AppleScript is a large part of Mac Commander it is only a part.

What Can It Do?

Here are the things you can do with Mac Commander:

In order to utilize this plugin on a remote Mac you will need to enable Remote Login and Remote Apple Events on the remote Mac in the Sharing Preferences for that Mac. This is not needed if you are only going to use this plugin to control your Indigo computer.

This requires Indigo 7 to run but there is a legacy version that is no longer updated (but still fully functional) that supports Indigo 6 and earlier.

The AppleScript Handler plugin was created as a means for users to run AppleScripts as Indigo phases out AppleScript support. That plugin is now rolled into Mac Commander and will be sunsetted.

This is the legacy version of the plugin if you are using Indigo 6 or earlier. All new releases will require at least Indigo 7 to run.